The Castile group was born in 2019, after a meeting with Silvia Federici in Valladolid and after our participation in the gathering in Iruña-Pamplona for the Encuentro Feminista sobre la Historia de la Caza de Brujas (First Feminist Meeting on the History of the Witch Hunt).

Valladolid was a major capital of the Spanish Empire during the time of the witch hunts and throughout the transition to capitalism. Valladolid was the first city in Spain with a market square, the Plaza Mayor, which showed the transition from the theologic city to the capital city; Valladolid was a headquarters of the colonization of the indigenous peoples in the Americas that suffered genocide. It also hosted the first real estate speculation of modern times, in the area of affluence around dozens of Renaissance palaces, and for decades Valladolid was the center of colonial conformation and political decision for the entire empire. The city was the symbol of the ideology of colonization, with which people, nature, and the bodies of women were being conquered, and which was fundamental for the development of capitalism and the perpetuation of colonialism.

In Valladolid, the accusations and murders of 26 women accused of heresy during the 1559 “autos de fe” (“Act of Faith,” a public ceremony in which people convicted of heresy or witchcraft were executed) make us wonder what connections might exist between the  historical process of witch hunting and the role that Valladolid had in the imperial framework of capitalism’s expansion. We investigate this reality and aim to recover the memory of the Castilian heretics, especially those who were accused during the 1559 autos de fe.

We have also approached compañeras from Miranda de Ebro and we are exploring the accusations of witches that were reported in Castilian towns such as Cernégula (Burgos), Barahona (Soria) and Ciudad Rodrigo (Salamanca). 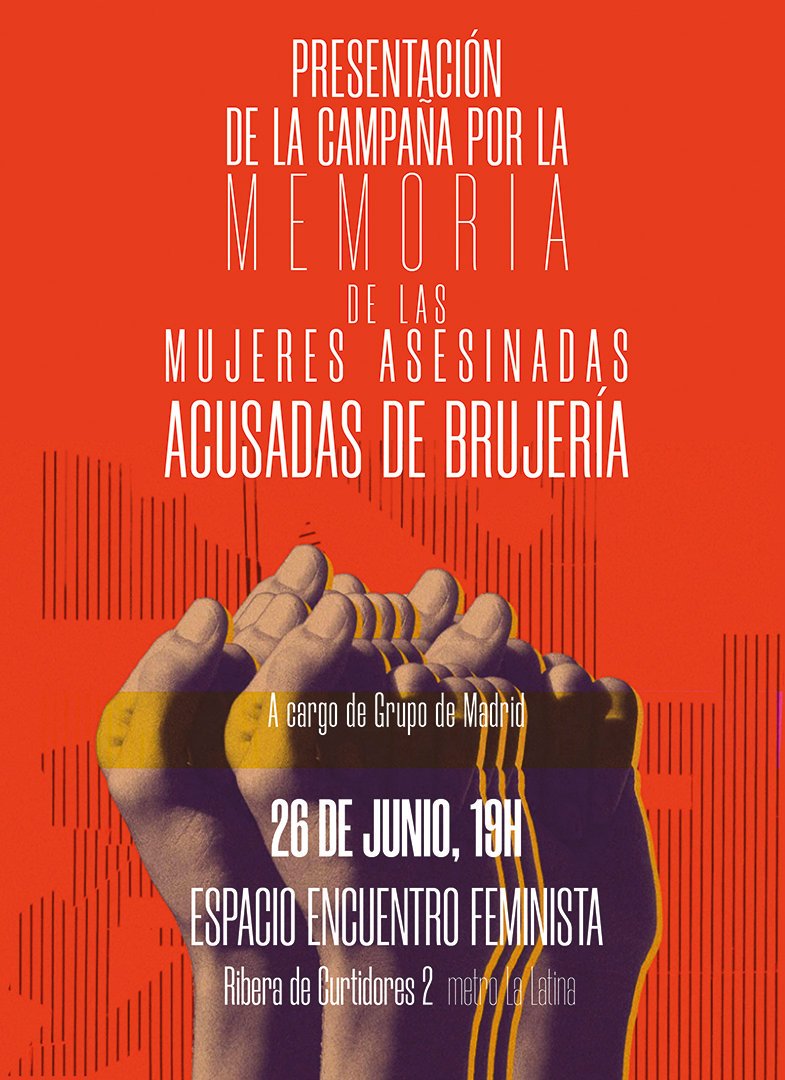